"It is easy to build a factory for solar arrays. What is difficult, is to fill it. We have succeeded in doing so - also thanks to the new orders." (W. Pitz, CEO SpaceTech GmbH)

On Thursday the 13th October 2022, our new production line for solar arrays for satellites was opened in Immenstaad-Kippenhausen with numerous local, national and international guests.

“You promised the building of this factory in your proposals for Copernicus, and many were sceptical about it.
But today I can say: you delivered on your promise!”,

“NASA considered it impossible at the time, but the DLR recommended a small start-up space company at Lake Constance to us.
And we came by, had a good discussion, and now the ICARUS demonstrator is in orbit, working much better than expected
and opening a completely new way of global biodiversity movement research”,

Prof. Dr. Martin Wikelski, Director of the Department of Migration of the Max Planck Institute of Animal Behavior
and Professor at the University of Konstanz.

These words from the opening speeches are the best motivation and statements for us at SpaceTech and our subsidiary CarboSpaceTech, that we are on the right track. Likewise, we are at least as pleased with the words of greeting from James Hinds, CEO Airbus OneWeb Satellites, the German government's aerospace coordinator, Dr. Anna Christmann, and from Dr. Walther Pelzer, member of the DLR Executive Board, responsible for the German Space Agency, who took part in the opening by personal video message and whose visit we expect next week.

With the opening of the new hall for the series production of deployable solar arrays, we are significantly expanding our production capacities and are thus in a position to continue to meet the growing demand from our global customers in a timely and efficient manner.

„It is easy to build a factory for solar arrays. What is difficult, is to fill it.
We have succeeded in doing so - also thanks to the new orders."

With this plant, and the new orders for hundreds of solar arrays for several satellite constellations signed these days, among others for Airbus OneWeb Satellites, we are now not only the leading supplier of solar arrays for ESA Earth Observation satellites (STI solar arrays will be used on 4 of the 6 upcoming Copernicus Sentinel satellites, among others), but also the market leader in the constellation sector. The utilization of the production capacity is secured for the coming years.

Founded in 2004 in the building of a former gardening nursery, SpaceTech has grown within 18 years from a 2-man company to an established space SME with currently 120 employees. A total of 1045 units of STI are in orbit on 443 satellites. Besides solar arrays, photonic and quantum technological instruments, structures, mechanisms and electronics for space flight, as well as the realization of complete small space missions are further essential business areas for us:

We are a competence center for photonic and quantum technological systems for Earth Observation, science and navigation. With our work for the gravitational missions GRACE FO, GRACE-I and NGGM for the GFZ, DLR and ESA we are leading in Europe in the field of satellite-based laser metrology for climate research. For MERLIN, LISA and optical clocks for future Galileo generations we develop laser systems and optical frequency references with highest requirements. Our mechanisms and electronics are used, among other things, for solar array deployment on satellites, ESA's Jupiter mission JUICE, as well as for the planned space station in lunar orbit and the European navigation system Galileo. The ICARUS for bird observation from the ISS is an example of our capability complete space systems and missions.

All these activities have led to strong growth thanks to the inventiveness of our employees and the trust of our clients in us. We want to remain a medium-sized company, but we will continue to grow in a controlled manner and are currently looking for new employees.

We serve customers from all over the world, have employees from many countries and yet we remain firmly rooted here in Immenstaad-Kippenhausen.

SpaceTech wouldn't be SpaceTech if we didn't do some things differently - At the factory opening, we also opened the view beyond space technology: The artist Andrea Sroka enriched the festivities with her exhibition "Partitur zur Raumfahrt". It created an interesting field of tension between art and high technology, which will certainly remain in the memory of all of us for a longer time.

SpaceTech – A New Way for Space 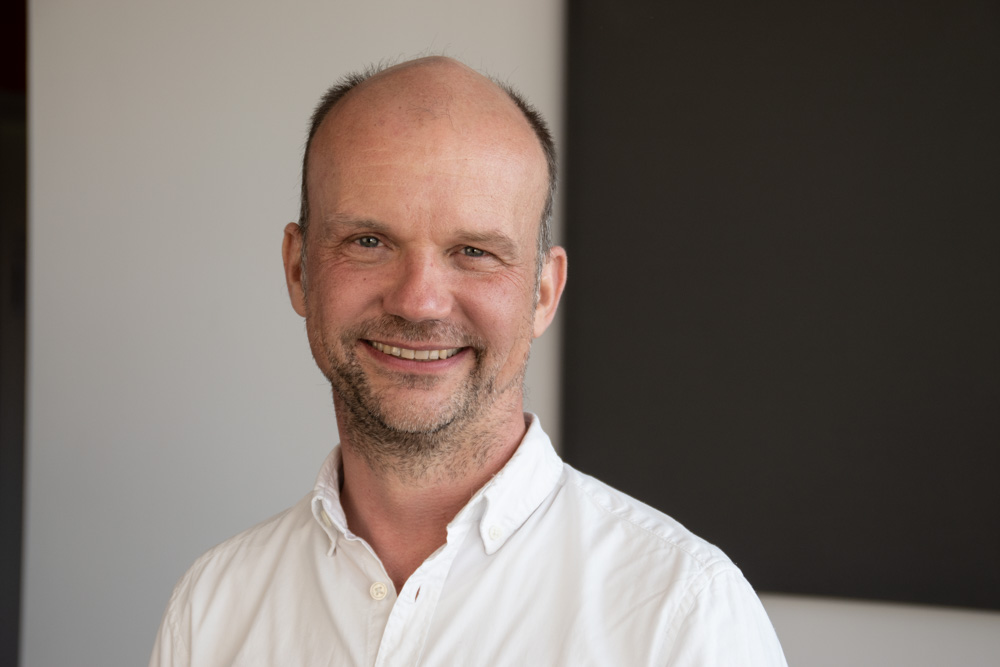